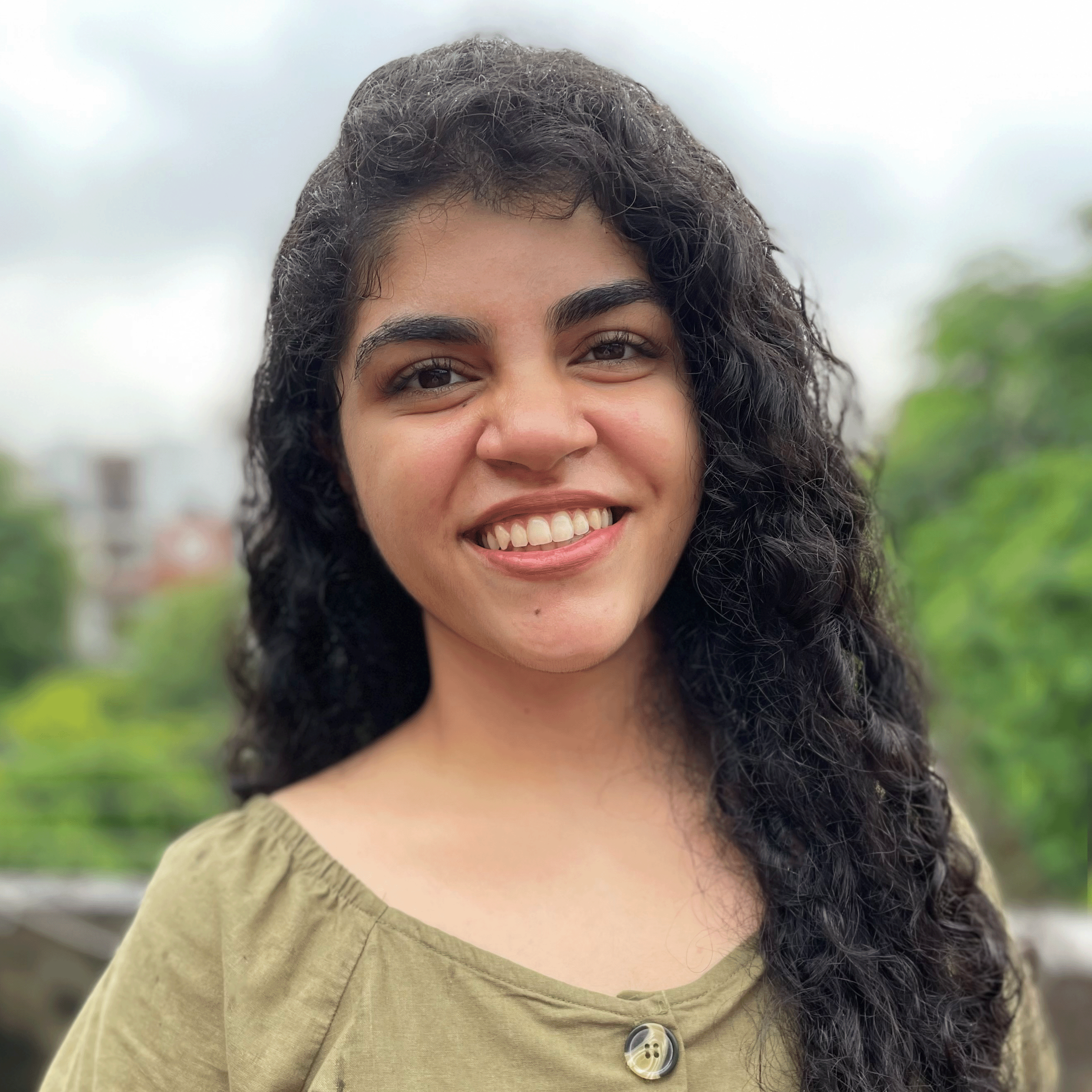 It all started with Mehak’s fascination with crayons when she was merely 2-3 years old. At 23 years old, Mehak is now always on the move, on her journey to become a better designer. (Yeah, not literally on the move, it's a metaphor!)

Hi! I’m Mehak, a fresh communication design graduate based out of Delhi NCR with a burning passion for design and creativity. With empathy and compassion as my anchor points, I’m driven by the desire to create immense value and impact through my designs. I'm currently looking for communication designer roles so that I'm able to work across a variety of projects and learn from the industry as much as possible. 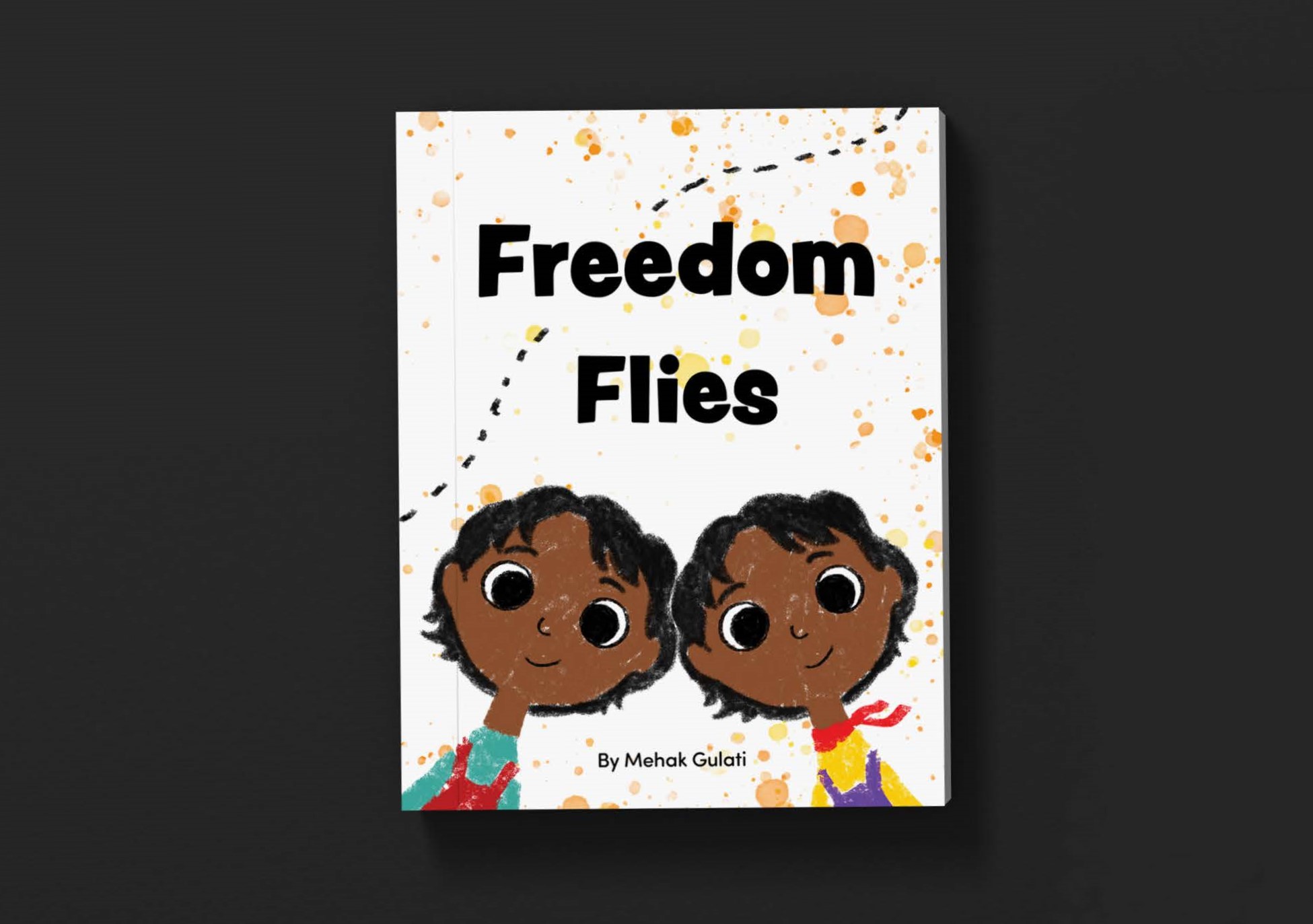 Gender — such an inseparable part of our world that it seems natural and goes without questioning. However, come to think of it and you'll see how deeply ingrained gender biases limit us throughout our lives. All our choices, what we wear, the way we eat, how big we allow ourselves to dream are impacted by gender conditioning in some way or another and no matter what your gender, these rules make you feel like you aren't enough at some point or another.

Research shows that gender conditioning begins from the womb itself. From the time that people are aware of the sex of their baby, their behaviours towards them begin to change. Subjected to continuous gender conditioning, children absorb these gender rules by the age of 3-4 and begin to propagate the same ideas by the age that they start school i.e 5-6 years old. For this reason, I decided to make a book to intervene before concrete gender conditioning sets in instead of trying to undo the effects of gender later.

The book shares the story of twin siblings Arya and Adya who are alienated to the concept of gender until they start school and how they inspire others to come out of their gender boxes instead of allowing others to limit them by imposing gender restrictions. The book sets Arya and Adya as role models and demonstrates how children can tackle a similar situation. It also includes interactive activities at the end to break down the complex subject of gender and make it easily digestible.

This book is designed, written and illustrated by me and concludes my journey as a Bachelor of Design student. 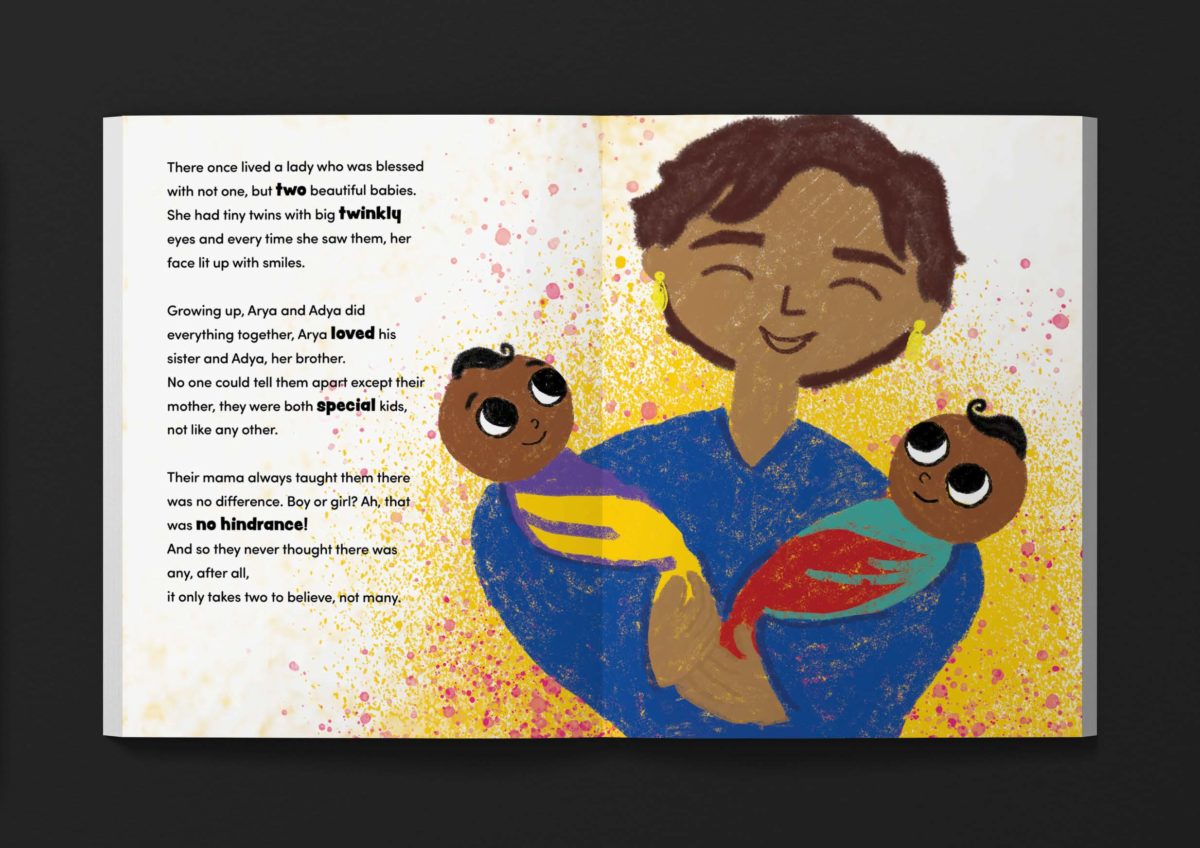 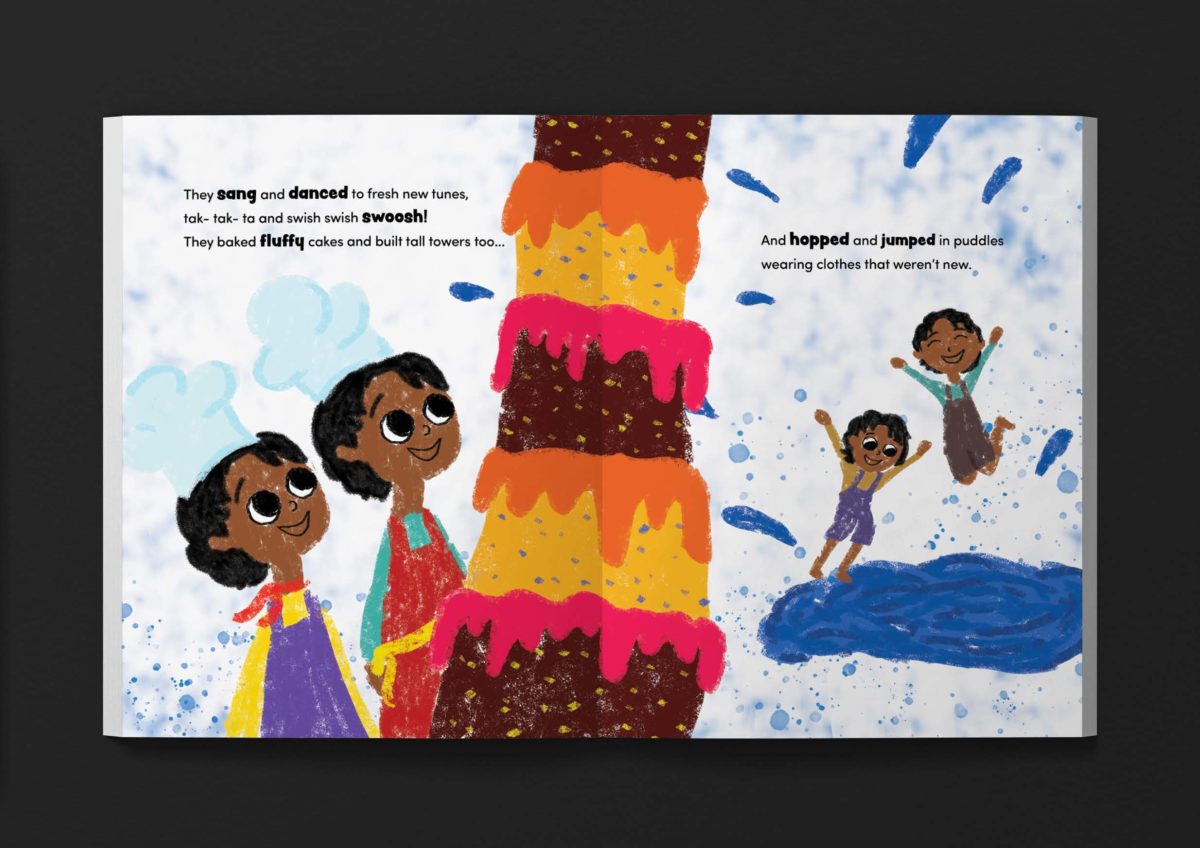 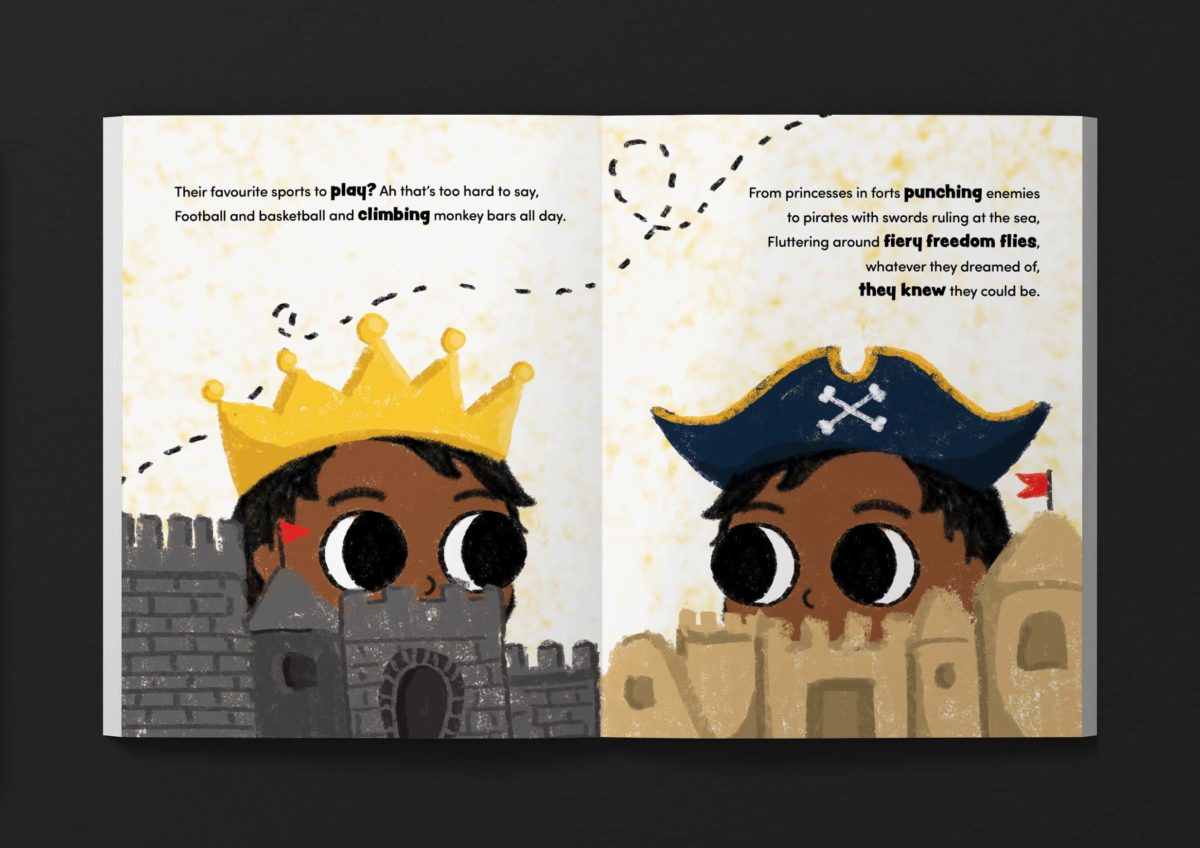 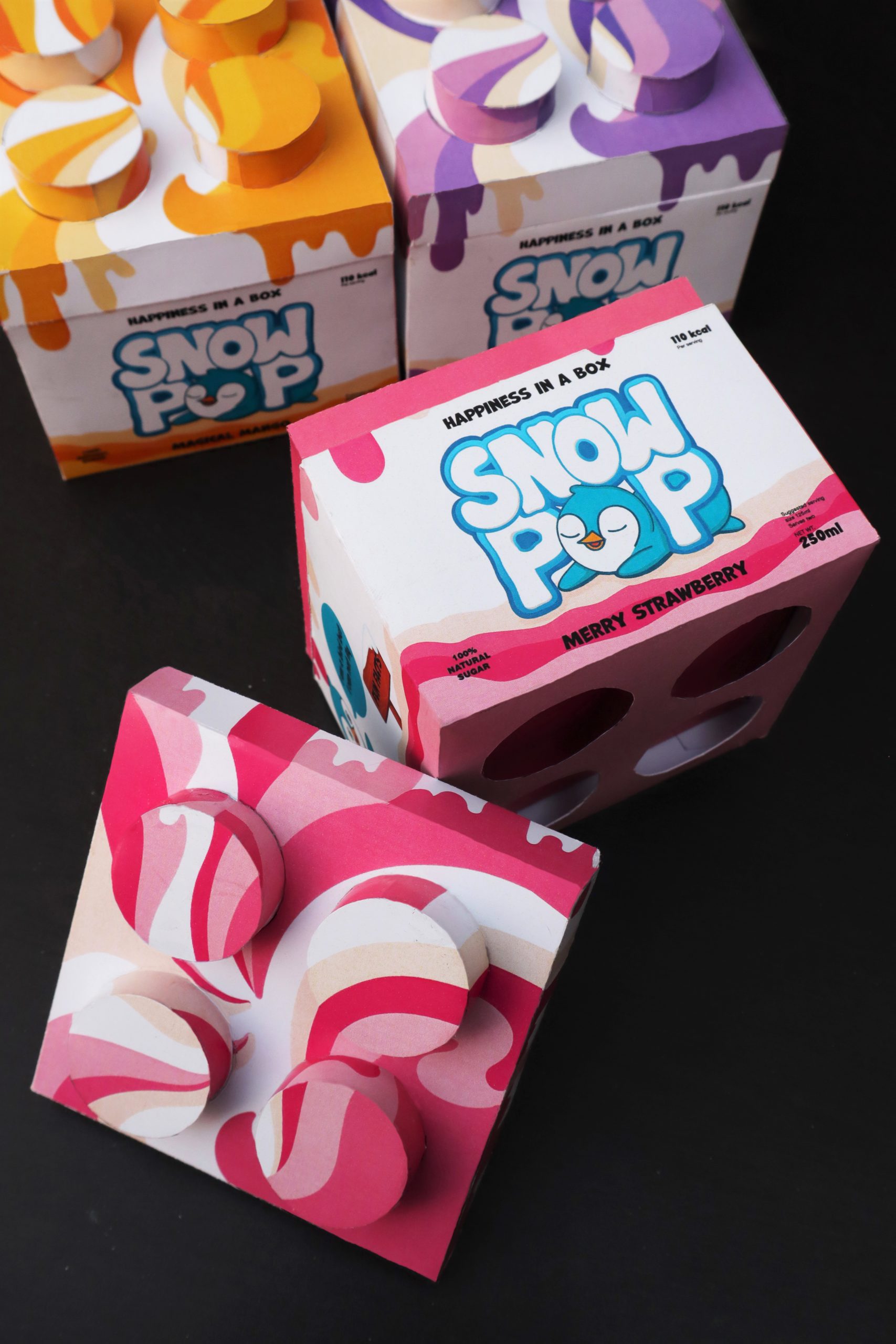 Snowpop is a hypothetical ice cream brand specially made for kids. What makes snowpop stand out is its reusability and how the brand promotes the same in a fun way. Ice cream packaging is usually seen as ‘use and throw’, my challenge therefore, was to introduce a secondary usage for the packaging to the consumer. I came up with the idea of using ice cream cups as building blocks and turning them into a collectible play set for kids. The packaging is also capable of being used as stacked lunch boxes, becoming a truly ‘value for money’ deal while also encouraging sustainable practices.

The packaging itself shares facts about the environment in a fun way through the brand’s mascot — Popo the penguin, your child’s play pal. In this way, Snowpop spreads awareness and through the product, inculcates habits of reusing products from an early age. 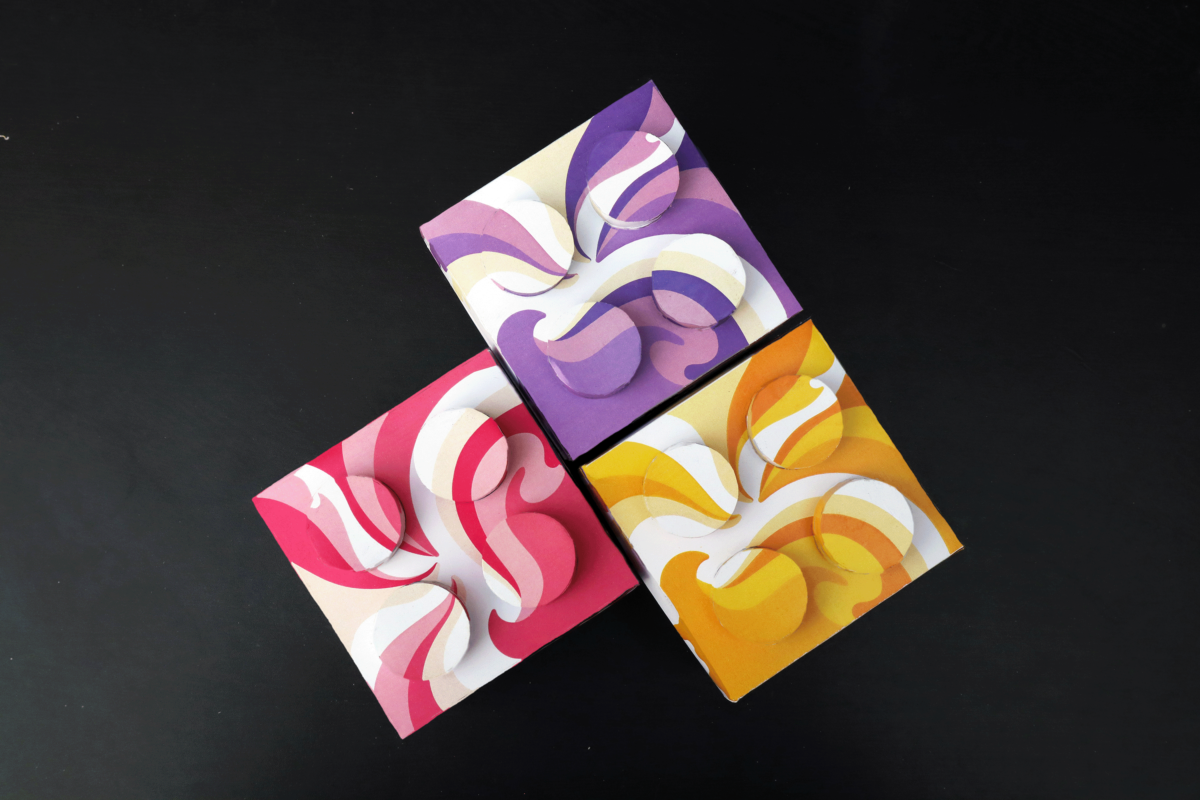 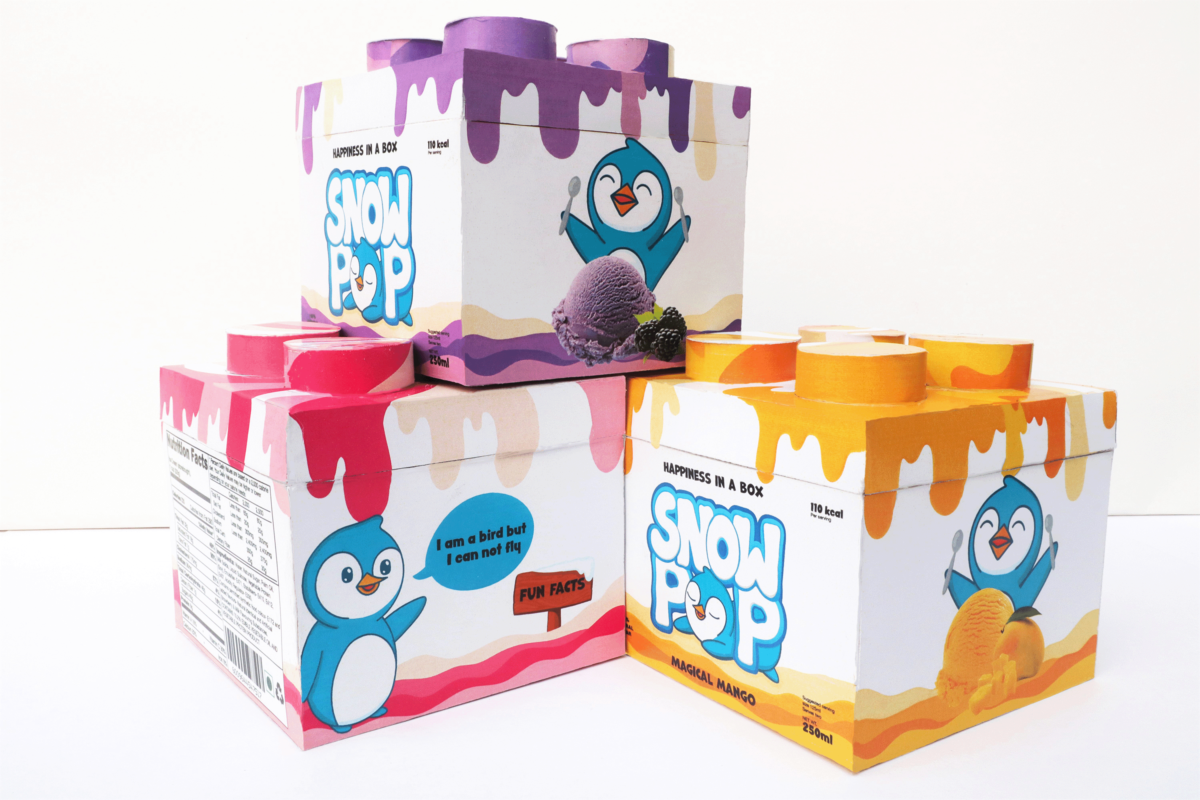 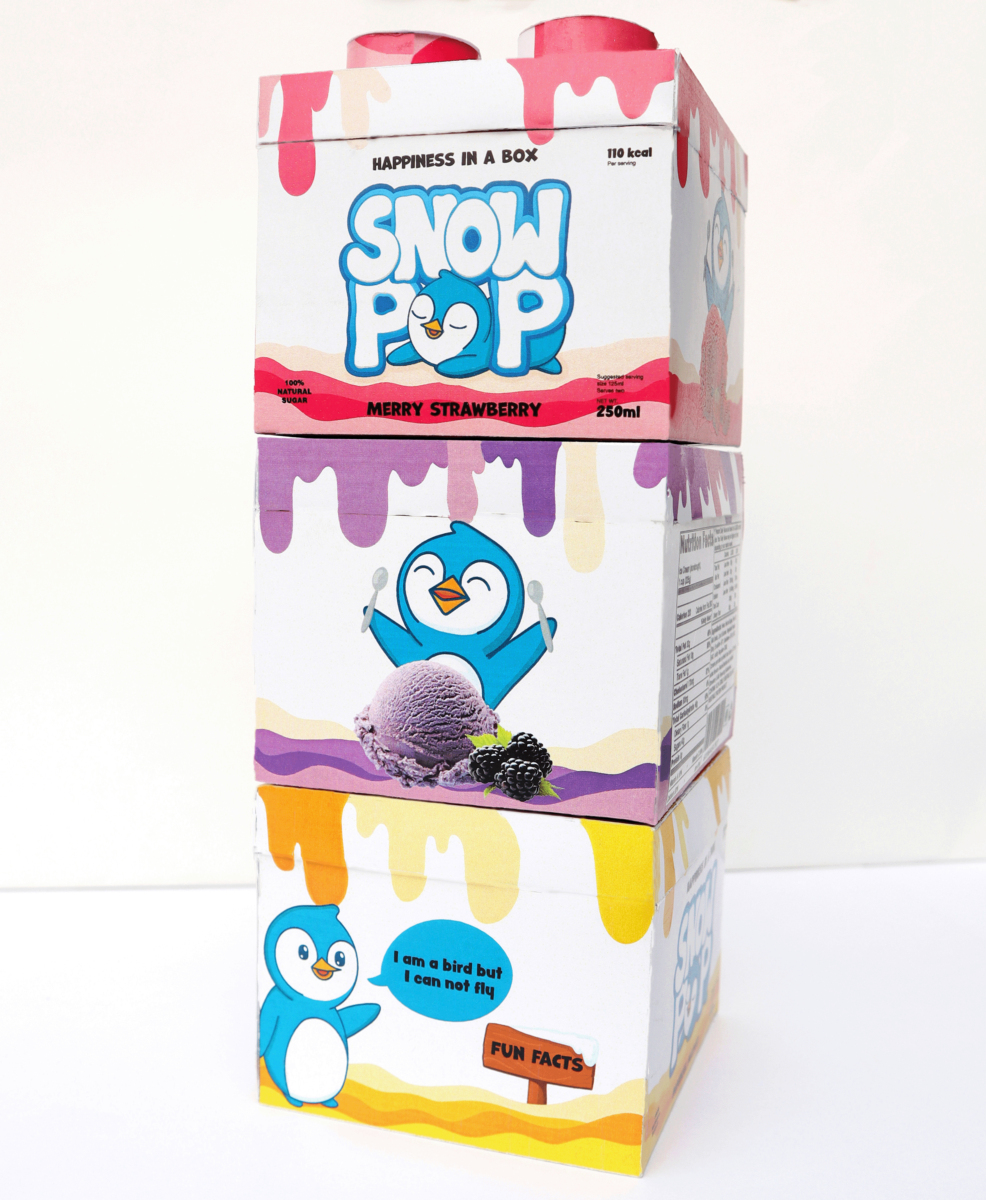