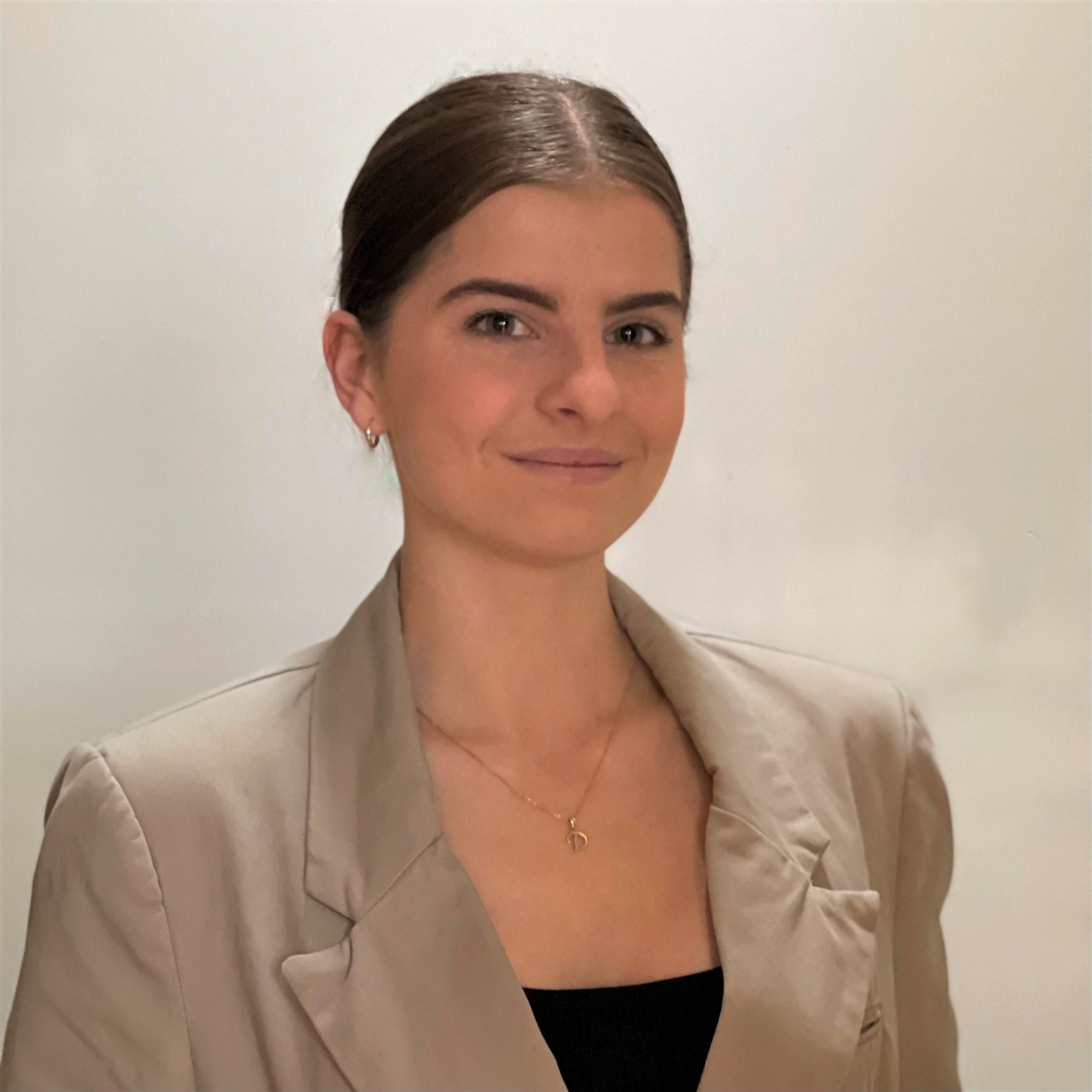 Utilising a multitude of skills, experience, and knowledge allows me to develop a design solution which is individual and aesthetically stunning.

I believe that to design well means to fully immerse yourself in a space, to understand the environment and its potential. So that the end design does not only look good, but functions seamlessly. 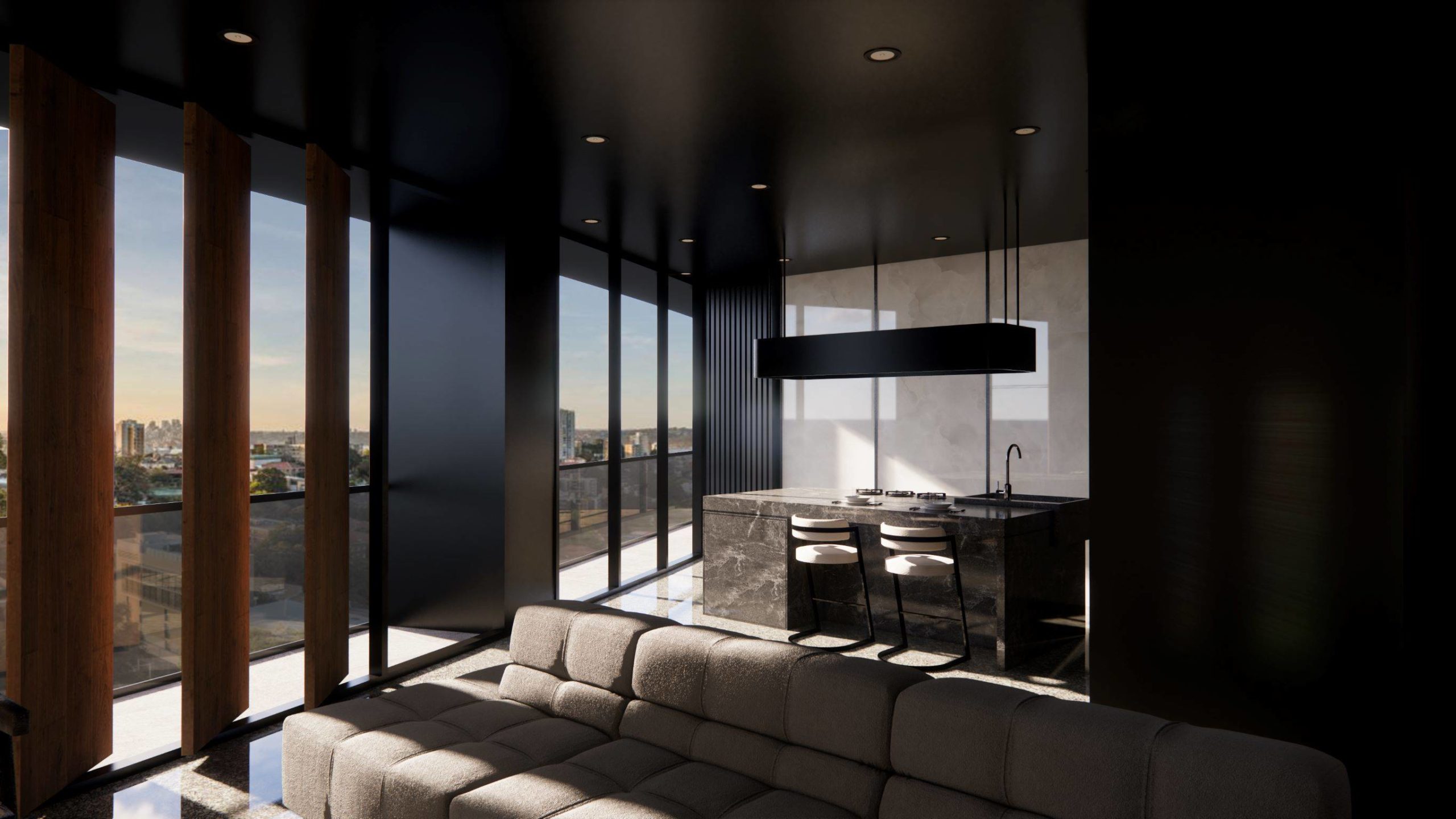 Edgecliff apartment was conceived as a means to maximise the generous and enviable panoramic views of the adjacent harbour it sits upon. The distinction between a private realm and a public space for entertaining was the focus of the brief. The project was to create keyed back-to-back serviced-apartment suites where the layout was both considered for a closed off suite as well as when they are opened. To create this ambitious project saw form play a critical role in informing spatial design.

Inspired by the natural beauty of Edgecliff’s location, the goal of the interior design was to curate an environment that is revealed in dark alluring light, embodying a deliberately emotive palette into a scintillating scene, and most importantly, a connection to the physical landscape of Sydney Harbour. Key materials used to achieve this result include Piatra Grey benchtops, polished farrago grey floors, grey washed timber flooring, chrome fixtures and emissive onyx feature walls. The results speak to an understated elegance that seeks not to compete with the waterfront views, but instead complements them as framed from inside.

A series of rooms within the serviced apartment respond to both their location and function – although also flooded with natural light, the approach is darker and warmer and provides an enveloping sense of protection. The private realms, however, was created as a light-filled open series of zones creating a sanctuary of its own, looking out to its own nature show of the harbour. The uninterrupted views are available to the slim balcony, operable timber louver façade and large expanses of glazing. Combined with warmer elements, the reclusive feeling is combined with openness and outward gestures to create a balanced apartment. 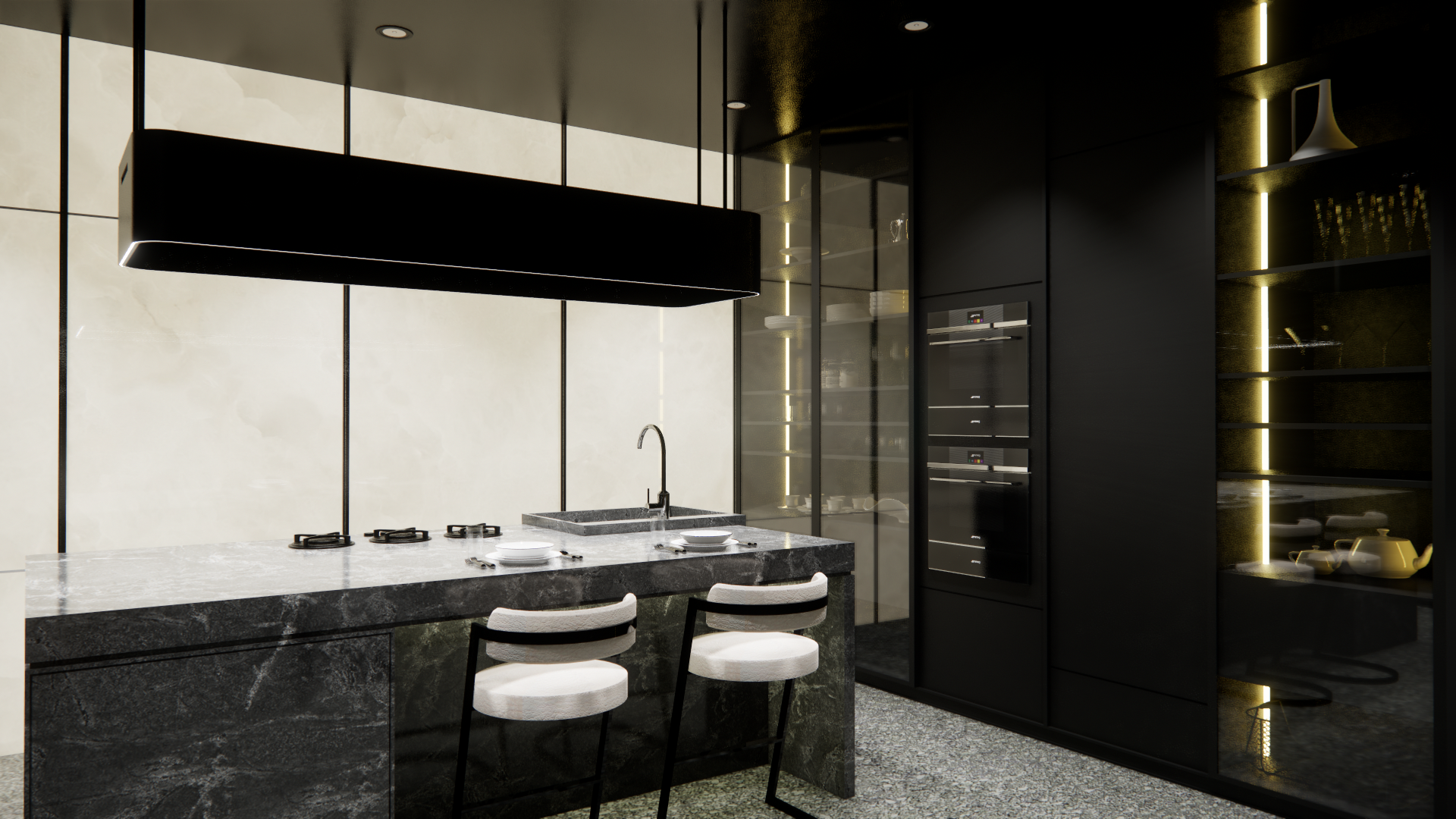 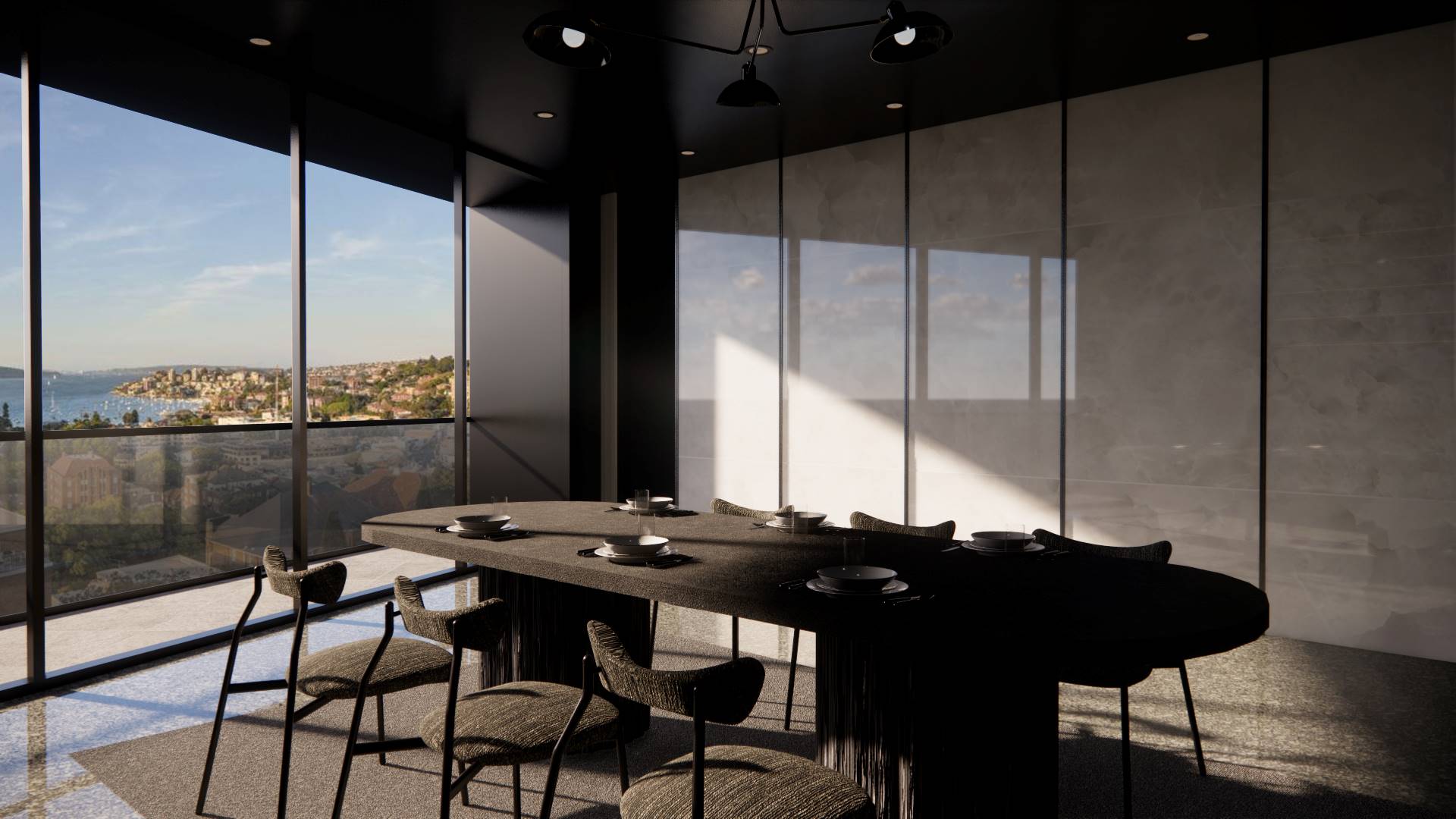 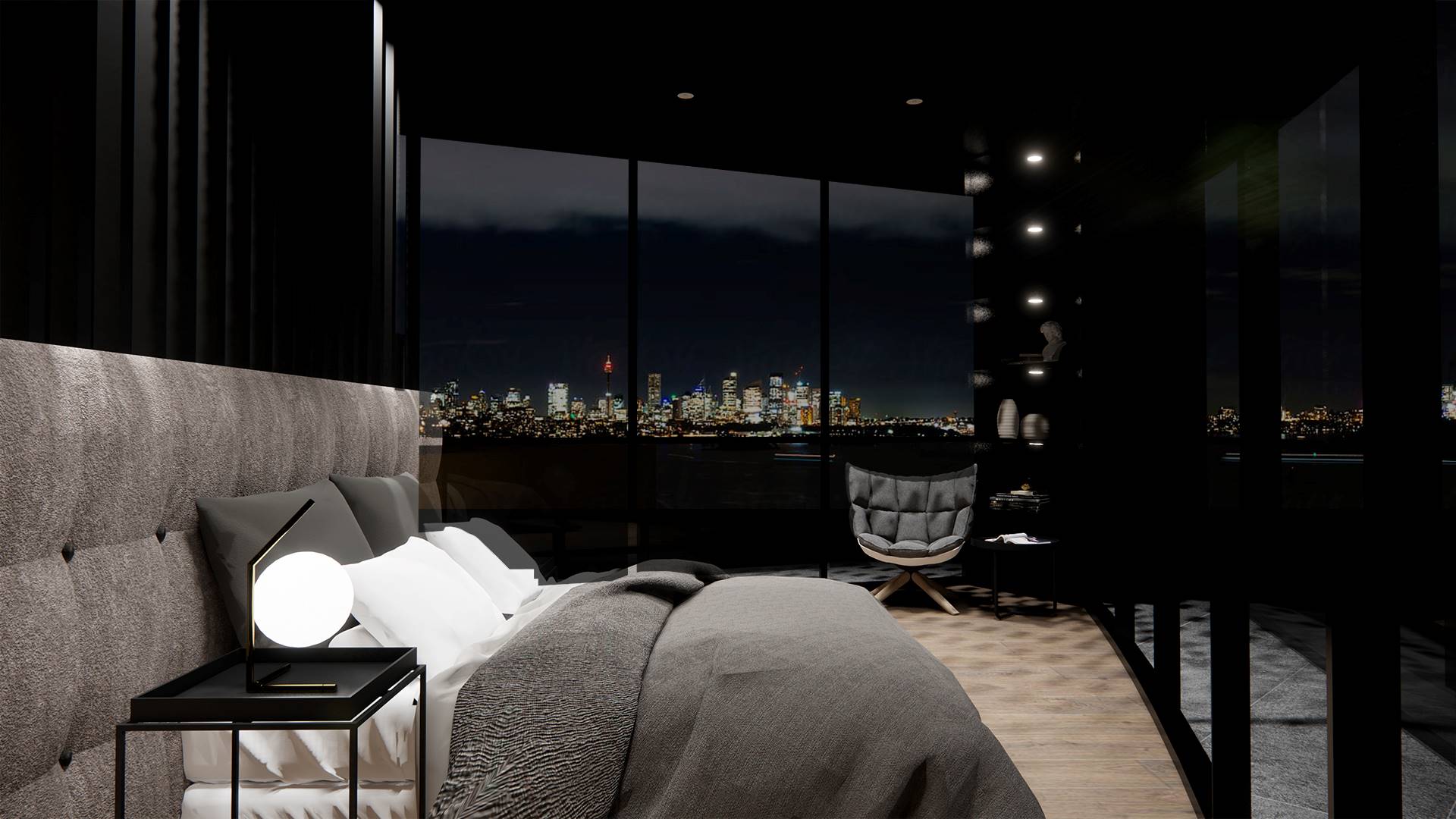 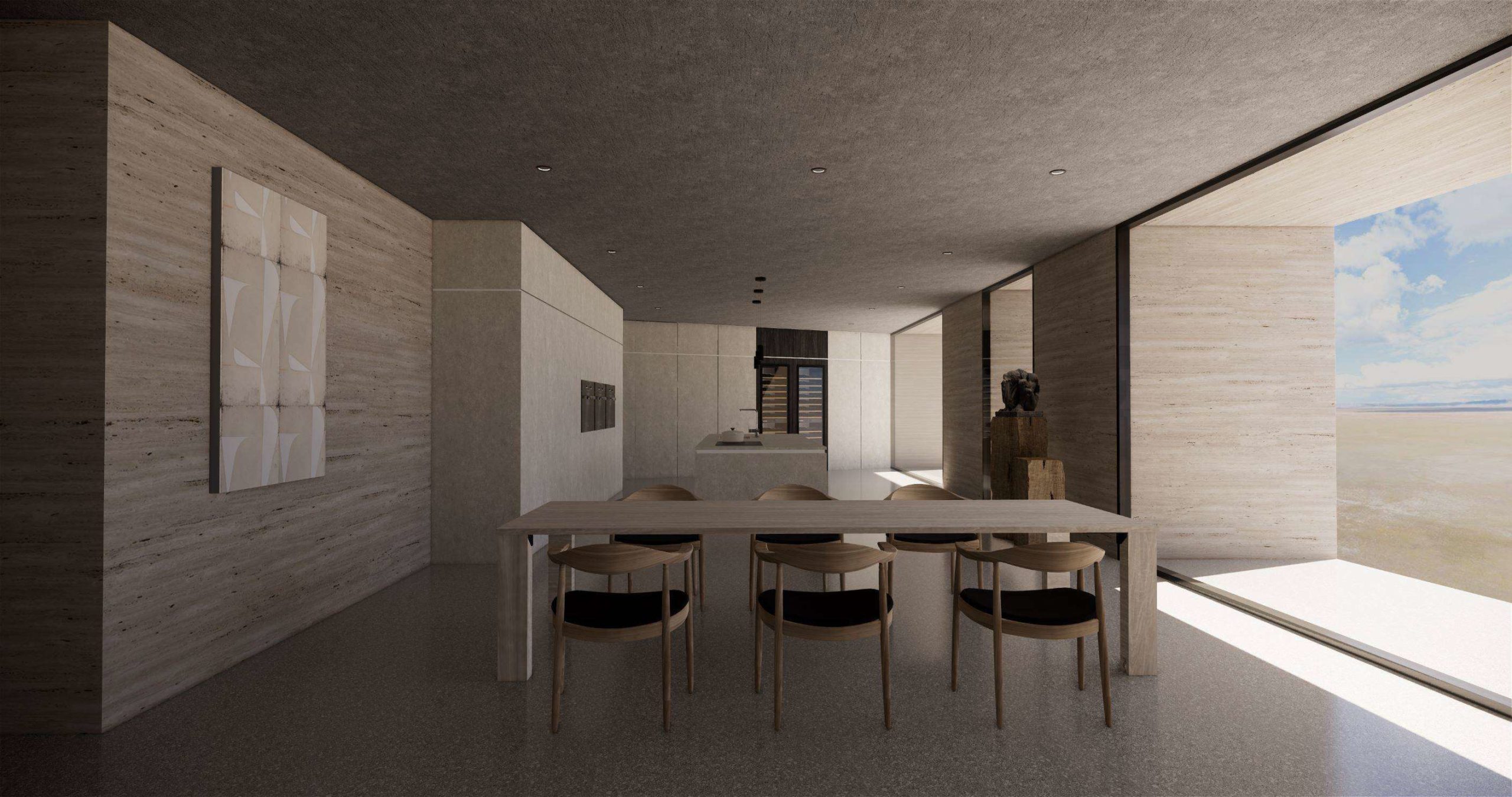 The lakefront dwelling stands firmly connected to its site and takes cues from the neighbouring context to conjure its own sense of place and identity.

As a new concept development effort, the extensive reimagining of the existing concept exterior provided the foundational guide for the resulting approach internally and, as a way to bring the home together through the same lens, a similar methodology has been adopted. Taking cues from Peter Zumthor’s trademark simplicity of design style and reinterpreting it with a modern sensibility while also responding to the dry flat lake and its horizon.

The brief for the Lake George House was to create a uniquely identifiable home that connected to its site and its all-encompassing aspect to further understand the concept of dwelling. The clean lines and solid pillars of the reworked architectural elements provided the ideal stimulation for the resulting approach. The home is spread over two levels and is devised into three essential elements – two flanking wings one public and private dwelling areas, and an open upstairs feature that connects the home through the expansive travertine staircase. Expressing the home’s proximity to the dry flat riverbed and natural elements, honest and textural materials are used throughout. The use of linear solid forms, taking cues from its influences, became a guiding design language. The interior inspired by Vincent Van Duysen, each element is considered for its contribution to the whole.

The location being a main feature of the dwelling, large-spanning glazed elements connect the interior with the exterior at every opportunity. The materiality speaks to a curated solitary, where layers are used to add richness and refined and considered elements elevate the experience of living. Dark timber is used against rough travertine walls, with polished concrete floors, black marble, chrome, and jute acting as equalisers 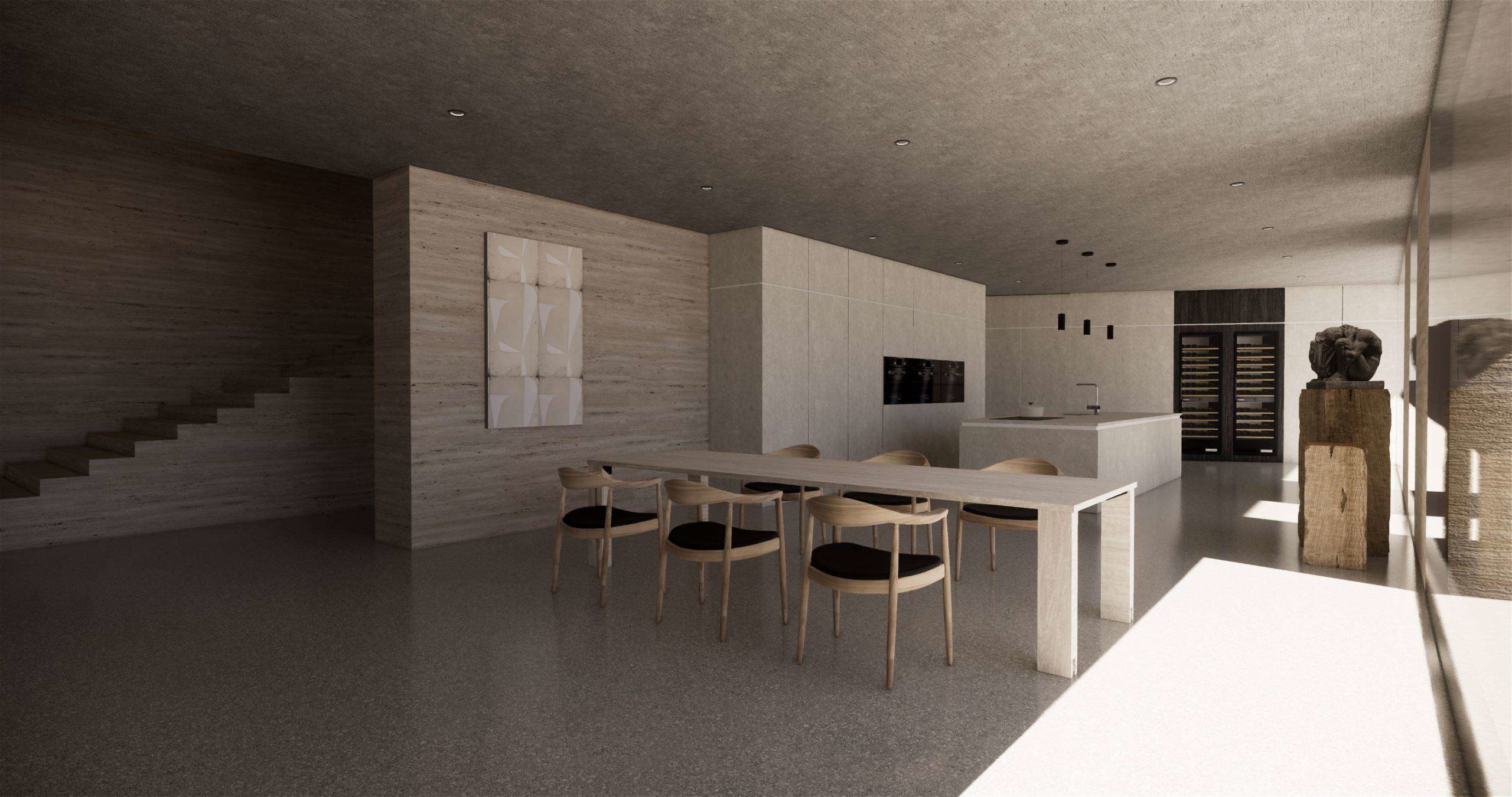 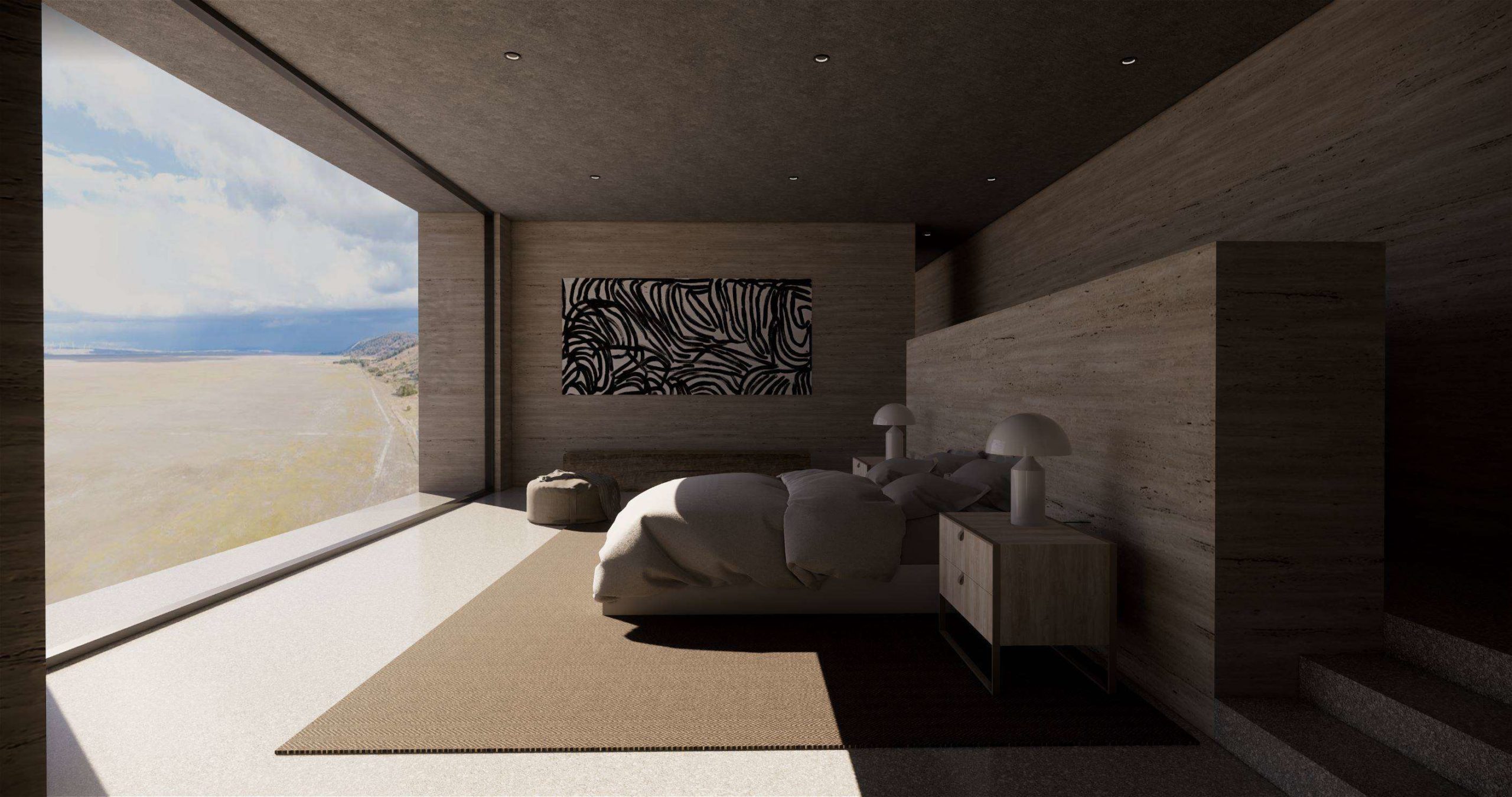